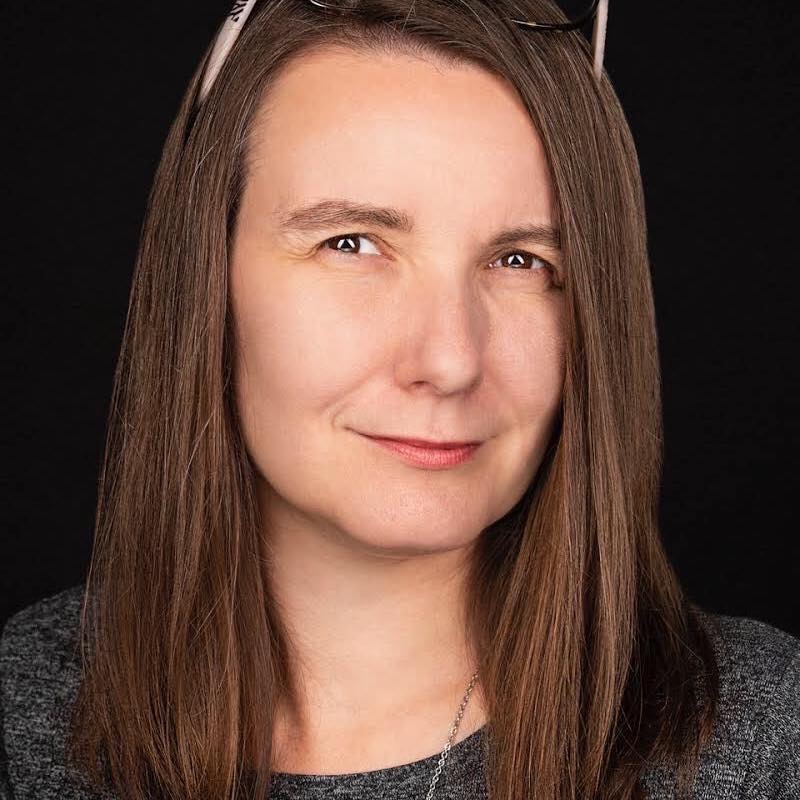 SUNY University at Buffalo: Professor of Scenography, Immediate Past Chair - Department of Theatre and Dance

Lynne M. Koscielniak is a Professor of Scenography in the Department of Theatre and Dance at the University at Buffalo. She has been teaching set and lighting design at UB since 2002, serving as Director of Design and Technology from 2005-2014 and Department Chair and Producing Director from 2013-2019.  Prior, she was a guest artist at the University of Pittsburgh and an adjunct instructor at Northwestern University, from which she received her MFA in Stage Design.  Committed to experiential learning, Lynne has mentored over 90 full-length productions of theatre, music theatre, and dance, designed by undergraduate students.  She has been awarded the UB President Emeritus and Mrs. Meyerson Award for Distinguished Undergraduate Teaching and Mentoring, and has served a broader population of emerging professionals through leadership roles in the Kennedy Center American College Theatre Festival (KCACTF) initiative and active participation in United States Institute for Theatre Technology programming.  She is a recipient of the KCACTF Gold Medallion Award for extraordinary contributions to the teaching/producing of theatre and for significant contributions to the development of university level theatre art.  She is a contributor to The Director as Collaborator (Focal Press) and is included in the ninth and tenth editions of the Parker, Wolf, and Block seminal text Scene Design and Stage Lighting (Wadsworth Press).

As a scenographer, Lynne has over 100 production credits in theatre, dance, and site specific installation.  She has worked as a set designer, lighting designer, projection designer, props artisan and scenic artist. She has held an emerging designer residency at the Steppenwolf Theatre and participated in a design fellowship with Ming Cho Lee and Constance Hoffman at the Kennedy Center.  She is a member of United Scenic Artists Local 829, a union for professional stage designers, in the lighting design category. Her work has represented the US at the Prague Quadrennial of Performance Design and Space and at World Stage Design Exposition.  While in Chicago, her designs were seen at the Steppenwolf Theatre Company and Steppenwolf Garage, the Chicago Cultural Center, the Next Theatre, Piven Theatre Workshop, Strawdog Theatre Company, the Viaduct, and Victory Gardens.  She contributed designs to Northwestern University’s annual Waa-Mu Show and Summer Festival Seasons.  She worked with Jump Rhythm Jazz Project, and was involved in Dance Chicago at the Athenaeum Theatre.  In Chicago, she had the privilege of designing sets and lights for premiere presentations of Sarah Ruhl’s Eurydice (Piven Theatre) and Naomi Izuka’s Tattoo Girl (The Viaduct).  For her work on Invitation to a March (Shattered Globe), she received a Joseph Jefferson Citation nomination for Outstanding Lighting Design.  Regionally, her work has been seen at Virginia Stage (Norfolk) and off-Broadway at the Roger Smith and Theatre for the New City. Currently based in Buffalo, New York, she is an ensemble member of Road Less Traveled Productions where her work for Disgraced by Ayad Akhtar and The Illusion by Tony Kushner, adapted from Pierre Corneille's seventeenth-century comedy, L'Illusion Comique, has been awarded Artie Awards (Buffalo's version of Broadway's Tony Awards) for Outstanding Set Design.  Additionally in Buffalo, her work has been seen at ArtPark, Irish Classical Theatre Company, Jewish Repertory Theatre, Musicalfare Theatre, Shakespeare in Delaware Park, Shea’s 710, and Silo City.  She is the original set designer and co-lighting designer for Tchaikovsky’s classic holiday ballet The Nutcracker, performed by Neglia Ballet Artists and the Buffalo Philharmonic Orchestra, now running for eleven years at the historic Shea’s Performing Arts Center. Among her credits are several Eugene O’Neill plays, blockbuster musicals such as West Side Story and Beauty and the Beast, and a slew of contemporary works, most recently The Curious Incident of the Dog in the Night-time by Simon Stephens, based on the novel of the same name by Mark Haddon, for All For One Productions.  In non-traditional venues, her research endeavors have resulted in site specific work and performative installations for Buffalo’s City of Night art festival and The Buffalo and Erie County Botanical Gardens’ Lumagination event.